What are Crypto Airdops and Giveaways? 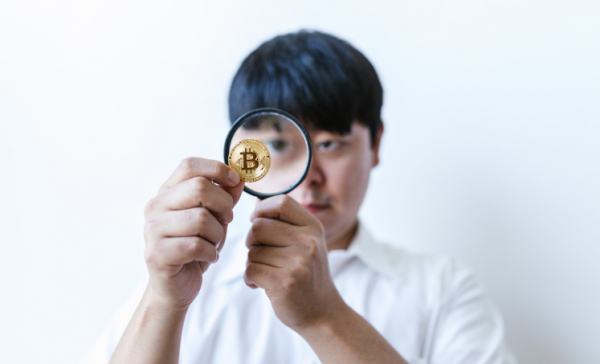 Recently, many campaigns, giveaways, airdrops, and other types of promotions have appeared on the market. Many people have doubts about whether they are safe and legit and whether it is worth participating in them.

In this article, we will explain what crypto contests and promotions are and whether it is worth taking part in them.

The world of crypto, blockchain, and NFT, which has been developing extremely rapidly in recent years and even months, is full of myths. These myths create many doubts among users and potential investors.

Recently, many campaigns, giveaways, airdrops, and other types of promotions have appeared on the market. Many people have doubts about whether they are safe and legit and whether it is worth participating in them.

In this article, we will explain what crypto contests and promotions are and whether it is worth taking part in them.

What are crypto contests?

The world of crypto is full of news. New currencies, new blockchains, or cryptocurrency exchanges appear almost every day. For creators of these projects, as for any other business, the most important thing is to attract new users. That’s why they need to organize promotional campaigns.

Among the ways to promote new crypto projects, the most popular are airdrops.

Airdrops are basically sending free tokens to communities to get new users and encourage the adoption of cryptocurrency.  It is part of the tactics of crypto startups, usually linked with the promotion of the project’s website. Also running a project's social media channel promotion or creating a potential investors' group can be a reason to organize an airdrop. Because there are a lot of new startups in the industry that appear quickly, getting users and a certain level of adoption is crucial for them.

Both contests and airdrops can take the form of a giveaway - a competition where users will receive currency for doing some kind of small promotion on their social media: for example for sharing a post on Twitter, Instagram, or other social platforms.

Are the giveaways and airdrops legit and safe?

Generally, there is nothing wrong with participating in this kind of promotion. But unfortunately, the reality is sometimes bitterly different. Some of the organized promotions are actually actions of scammers who aim to steal your money. Does that mean all these contests are dangerous? No. There are many legal shares on the market that are a great opportunity to dive into the world of crypto or NFT. But you should be careful and you always have to keep safety in mind.

How to avoid scam

Just because there are (a lot of) scams in the industry it doesn't mean that participating is always risky. Use common sense. If someone is asking you for passwords or your wallet’s sensible data, avoid it! There are a lot of legit contests but their organizers never ask for this kind of data. Also, the contest should follow the ‘no purchase necessary’ rule, which means if someone is asking you for buying anything (their currency or NFT) to participate you should definitely avoid it.

Legitimate airdrops never ask for any investment. You should know that in case anyone is asking you for doing any exchange buying their currency it would be most likely a scammer.

You should be also aware that an airdrop can be used to manipulate a token's price in the near future. In this scenario, the scammer sells a large amount of the currency after it gets some attention and begins to trade. The price drops quickly and you lose your money.

How to organize your own airdrop or contest

Maybe you are wondering how to organize this type of competition for your own cryptocurrency or exchange platform?

What is important for you is to create buzz around your project on social media. To achieve this goal you should use a competition platform that will allow your contest’s participants to post content on social media. In exchange for doing these small tasks, they will receive points and then will take part in a draw. This is how Socialman works, a simple online contest application that is integrated into all major social media platforms.

When organizing your airports you usually ask users for doing some kind of small promotion on their social media channels, like spreading the news about your project on their wall or sending a message. Because the single amount of the token is small it is very important to do it en masse, that's why airdrops focus on using the Telegram platform.

Telegram is hugely popular and widely used in cryptocurrencies because it allows the creation of groups of up to 200,000 users. That’s pretty impressive, isn't it? No other social media will allow you to do that. With Socialman, which also has no limits, you could organize the promotion on the Telegram platform as well.

We hope this short article helps you to understand the idea of contests in the cryptocurrency industry. We also hope that with this short explanation you won’t involve yourself in any risky situation, and you will profit from participating in legal and legit cryptocurrency promotions.

Published in Trade
More in this category: « The Pros and Cons of Credit Cards – A General Users Guide
back to top